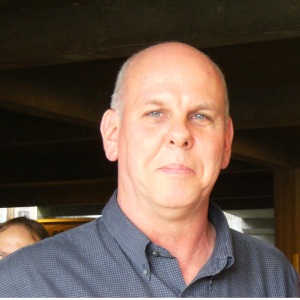 Sherrill Blackman, a Dudley, North Carolina native, arrived in Nashville in 1980 and graduated from Belmont College, now University, with a Music Business degree in 1982. Since then, his many jobs have included a one year stint as production coordinator with American Image Productions, six years on staff at The Nashville Songwriters Association, and four years as general manager for Buckhorn Music. Founded in 1994, his sub music group, a publishing and independent songplugging company, has secured Gold, Platinum, and Multi-Platinum certified recordings in Country, Pop, Rock, Gospel, Bluegrass, Blues, Jazz, and Polka, resulting in various radio hits, several Grammy and IBMA nominations and one Dove award winner.

Because of his knowledge and experience, Blackman has traveled extensively as a guest speaker at most major songwriter workshops and music business seminars across the United States and Canada. He has been featured in national and international magazines such as MUSIC ROW, AMERICAN SONGWRITER, CMA CLOSE UP, SONG LINK, ELECTRONIC MUSICIAN, DIRECT BUZZ, BILLBOARD COUNTRY UPDATE, and BLUEGRASS NOW.

His thought provoking quotes appear in the books YOUR FIRST CUT A Step-by-Step Guide To Getting There by Jerry Sandiver & Gracie Hollombe, THE MUSICIANS GUIDE TO NASHVILLE by Sherry Bond, 6 STEPS TO SONGWRITING SUCCESS by Jason Blume, and SONGPLUGGER: The Cuts and The Bruises by Penny Dionne & Troy McConnell. Blackman is a co-founder of The Independent Pluggers Association; a three term past president of The Nashville Publishers’ Network; and was named Music Row Magazine’s Songplugger Of The Year in 2004, 2005, and 2006.

SONG PLUGGERS ARE ESSENTIAL FOR GETTING YOUR SONGS PLACED IN NASHVILLE