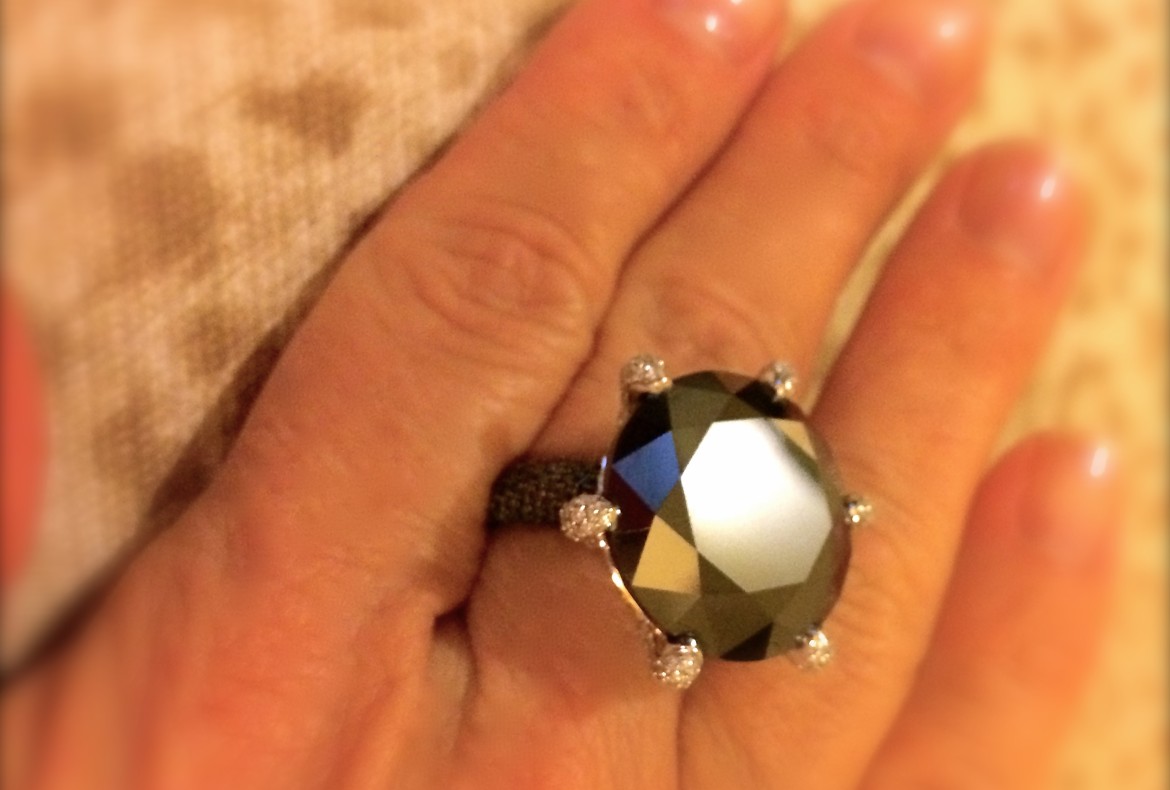 Are you curious as to how Music Publishing works? Check out this great article posted over at digitalmusicnews.com. They did a great job laying out the process and terms of music publishing.

1. What Is Music Publishing?

Publishing is the commercial exploitation of a musical composition — not the recording. At seminars, I usually hold up a CD to demonstrate the difference between songs or “musical works,” as the Copyright Act refers to them, and the recording that contains them, i.e. “sound recordings.”

At my last presentation at the New Music Seminar, I brought an album by the great jazz musician, Thelonious Monk. The label on the CD shows that Columbia Records is the record company. It also shows the titles of each song contained in the CD. The recording is owned by Columbia Records. Monk transferred the rights in his performance to Columbia when he signed his record deal, and Columbia Records owns the copyright in the recording.

But Columbia did not gain the rights in the songs. For instance, “Ruby, My Dear,” written by Monk, is one of the songs included in the album. Columbia owns Monk’s recording of the song, but not the song itself. A publisher called Music Sales currently administers the rights in this song on behalf of Monk’s estate. The money that flows from the administration of the rights in that song, or any songs, is called publishing income.

2. What are the Major Sources of Music Publishing Income?

Any user of music that publicly performs a song must secure a license and pay a royalty to do so. Songwriters and their music publishers use Performing Rights Organizations (PROs) to collect these royalties. In the U.S. there are three: ASCAP, BMI and SESAC. A fourth PRO, recently launched by music industry mogul, Irving Azoff, is Global Music Rights or GMR.

The PROs collect public performance royalties from radio, television, the Internet and other users of music, such as nightclubs and concert halls. Last year, ASCAP and BMI collected approximately one billion dollars each. As of 2014 SESAC’s revenue had grown to $182 million (from $167 million the year prior).

Mechanical royalties are the monies that songwriters earn from the inclusion of their songs on records. The mechanical royalty rate is set by a tribunal called the Copyright Royalty Board pursuant to the Copyright Act. The current rate is 9.1 cents per song per copy of each record sold (unless the song is longer than five minutes in which case the rate is 1.75 cents per minute or fraction thereof).

This means that if a record containing one song sells a million copies, the “stat” rate would add up to $91,000. With respect to interactive streaming services, such as Spotify, the rate is 10.5% of gross income minus what the service pays to ASCAP, BMI and SESAC (approximately 6%).

A sync refers to the synchronization of a musical composition in an audiovisual work such as a movie, TV show, commercial or video game. The amount of money for a sync placement varies widely depending on the nature of the project and the identity of the song. For instance, use of a classic pop hit in a major motion picture or TV ad campaign can fetch well over six figures.

On the other hand, I recently represented a young producer/songwriter who was paid $12,000 for composing new music for a 30 second beer commercial. The use of an indie writer’s song in a basic cable show could garner just a few hundred dollars, or nothing at all except public performance royalties paid to the writer by her PRO.

Altogether, these sources added up to approximately six billion dollars in 2014 worldwide. That amount is only slightly higher than the amount earned ten years ago. Accounting for inflation, publishing income has eroded. The major reason is that record sales have declined dramatically, and consequently mechanical income has sharply declined.

A publisher is a company that collects the income we discussed above on behalf of the writer. Generally, the publisher will take 25% to 50% of the writer’s income. Why would a writer give up all that money? There are various reasons. The most important ones are explained below.

Advances are upfront payments that are usually made to the songwriter to induce her to enter into an exclusive deal in which the writer gives up the right to exploit her songs or license others to do so. For instance, I recently negotiated a publishing deal between a major publisher and a producer who created a beat (which is a musical work as well as a sound recording) for a major record label artist. The publisher offered $150,000 as an upfront advance. Advances are recoupable against royalties.

The amount of the royalty varies depending upon the type of agreement. The publisher’s share is 50% in a traditional publishing deal and generally 25% in a co-publishing deal (see below). The songwriter does not receive a royalty payment until the publisher “recoups,” that is, when the amount of monies earned from the writer’s songs exceeds the amount advanced to the songwriter.

Publishers provide administrative services such as registering songs with the U.S. Copyright Office and collection societies in the U.S. and throughout the world. They also negotiate deals and get the best fees, because they are aware of the going rates for various songs in diverse projects. For instance, if a major ad agency wants to use a song in a national campaign, the publisher is in a better position than the writer to negotiate the most favorable terms because the publisher is aware of what similar songs have received in similar circumstances.

The publisher will also do its best to collect all of the monies generated by a song from all sources (with the exception of the writer’s share of performance monies which is paid directly to the writer by her PRO).

The publisher is also supposed to exploit a writer’s songs and find opportunities to generate additional income. For instance, publishers may encourage producers or artists to re-record the writer’s songs. These re-recordings are known as “covers,” and can generate a great deal of additional money. For instance, Whitney Houston’s cover of “I Will Always Love You,” which was written and originally recorded by Dolly Parton, was a much bigger hit than the original record.

The publisher will also try to get songs placed in motion pictures, television shows, video games and ad campaigns as well as ancillary uses such as greeting cards and toys.

Publishers have foreign affiliates that collect the money earned by a song in other countries. Major publishers, such as Sony ATV and Warner Chappell, have offices all over the world. Small publishers can also administer the rights in their songs throughout the world by using “sub publishers.”

Suppose a European singer re-records a song, and it’s a hit in Benelux (Belgium, Holland and Luxembourg). A writer needs someone on the ground to collect monies from record sales, radio play and streaming in those countries.

The basic types of agreements that songwriters sign with music publishers are:

Under this agreement, a writer transfers the copyright to one song or a limited group of identified compositions to a publisher. In return, the writer receives a portion of the income earned from uses of that composition or compositions, usually 50%.

Because the individual song contract applies only to the song or songs specifically included in the agreement, the writer can go to a number of different publishers with other songs and give each one only those songs that the writer is interested in promoting.

Under this deal, which was the most common kind of agreement for many years, the songwriter agrees to assign the exclusive right to administer all compositions that he writes during a specified term, for example, 1 or 2 years with several options that the publisher can use to extend the term of the agreement for additional 1 year periods.

Sometimes the term is the longer of a period of time or delivery of a certain number of songs. The writer agrees to assign the copyrights in every song that he writes during the term. The publisher keeps the copyright in each song even after the termination of the agreement. (Under the Copyright Act, however, the writer or his estate has the right to terminate the assignment after 35 years).

All publishing income is split on a 50-50 basis, although the agreement may allow the publisher to deduct defined expenses, such as the costs of producing demos. Generally, as discussed above, the publisher pays a songwriter an advance at the beginning of the contract which is recoupable against the writer’s royalties. Additional advance payments are usually due if the publisher exercises options to extend the contract.

This form of agreement is basically the same as the traditional exclusive publishing agreement except that the writer only assigns 50% of the copyright in each song he writes during the term to the publisher, and the writer generally gets to keep 75% of the publishing income (that is, 100% of the “writer’s share” and 50% of the publisher’s share). This model became the standard form of deal as singer songwriters such as Bob Dylan, James Taylor and Simon and Garfunkel became more successful and thereby gained more leverage.

An example of a typical co-pub deal is the second agreement included in this article. It is a form used by a major music publishing company. The annotations, which contain suggested changes, demonstrate that an experienced legal adviser is essential when negotiating a publishing deal.

Administration Agreements: Under an administration agreement, the writer retains the copyrights in his songs. The publisher only receives the right to administer a composition or group of compositions for a specified period of time (e.g., 3 years, 5 years, etc.). In return for its services, the publisher usually receives an “administration fee” of from 10% to 25% of all income earned during the term of the agreement.

This form of agreement is seldom offered to new writers and is generally reserved for writers who have already had great commercial success.

A variation of a normal publishing agreement is a sync rep deal. It’s much more likely that a new or emerging songwriter will encounter this form of agreement than a full-blown publishing deal. Sync rep deals usually do not offer up-front advances and involve companies who specialize in ‘shopping’ songs, including instrumental and lyric versions, for use in movies, TV shows, ad campaigns, and video games.

Of course, there are variations and exceptions. For instance, a sync rep license could include the right to license a song for an audio soundtrack accompanying a movie which includes the song.

It should be noted that there are certain sync reps who will attempt to secure all rights in a song – just like a publisher would. That deal should be avoided, unless the rep is able to exploit songs in all media, as a normal publisher would. In other words, some sync reps “pose” as publishers.

In a standard sync rep deal, the writer grants the rep sync rights in songs that are mutually approved by the writer and the rep. The term is generally limited to one or two years, with automatic renewal terms, subject to cancellation by either party. Again, there are exceptions to this standard structure. For instance, some sync reps will want a longer term or even perpetuity in its right to exploit a song. Generally, however, all sync reps will want the right to enter into perpetual licenses during the term of the agreement. So, for instance, a sync rep will be able to license a song during the term to a movie producer to use that song in the movie in perpetuity.

The most important issue in negotiating or signing a sync rep deal is exclusivity versus non-exclusivity. Sync reps who offer exclusive deals usually give these three reasons to justify exclusivity:

This article was originally posted HERE.